Cyber security and cyber security breaches are the most modern threats on board commercial ships. There are already a lot of cases reported in breach of communication between ships and shore, GPS failures, etc. And the industry made its traditional steps to prepare guidelines on cyber security, to include the problem in the contingency plans, in the safety management system and security plans for the ships and companies. There is just one thing missing in all the process – the mentality of the personnel.

We all used to stay in front of our computers, to wake up in the morning with our facebook and twitter updates and to check our mails before doing anything else any single day. In general one cannot progress if he does not follow the recent technologies. The technology makes life easier and more effective and efficient. But, what if we lose connection to the network and/or the mail does not reach the recipient? Are we prepared how to proceed?

I’ll not repeat all the measures written in the guidelines or various companies’ procedures but I’ll try to stick on the human element. Nowadays we have more and more information and our problem is to find enough time and resource to get acquainted with it. And in a way we started ignoring some of the traditional skills used on board ships as they are no more in use. One simple example is more than indicative. There was mass spoofing attack involving over 20 vessels in the Black Sea in June 2017 as reported in the Maritime Executive by Dana Goward. Finally nothing happened, the operation of GPS had been restored and everything went fine. But it could be worse. Imagine that the ship is approaching a port or she is going to pass shallow water area and her position is not accurate. Do we really have alternative to GPS and are the nowadays officers on the bridge and young shipmasters able to plot the ship’s position in traditional ways and to take the right decision to avoid incidents? Electronic charts are already compulsory and even if the officers are able to take bearings and distances with the radar or visual bearings through the compass repeater and distances with any measuring device, could they plot the position and could they do it in ample time to take the proper decision and to navigate safely. There is general and specific training in ECDIS compulsory for all the deck officers and in theory they should be able to do this. It comes to my mind how often the officers are using the above said options for training in order to be ready to do that in case of necessity. Even if included in the safety management system training in the modern busy shipping a lot of exercises are done automatically or even the thicks in the boxes are usually done with the explanation “That’s very easy to do, I do not need to train it in reality, and I’ll do it when necessary.” In our modern world we skip a lot of minor activities to save our time and it becomes a habit to do it. Unfortunately there are enough emergencies and investigations showing omission of such simple activities leading to groundings, collisions in clear weather and good visibility simply because of loss of situational awareness. The only reason is absence of traditional skills to plot ship’s position, to evaluate it immediately and to take the proper action or in general most of modern seafarers do not have at hand the next step if there is failure in ship’s electronics.

Going a bit further we come to the change of style of life in our modern society. Usually we neglect the probable threats and dangerous situations with the simple explanation that “Will it happen now or to me in this moment?”  And with all the modern equipment and facilities fatalities still happen and the reasons are more trivial than years before. Typical cases are heavy collisions during 2017 involving big navy ship and large container carrier in the Far East with loss of lives of seamen and huge material losses, a lot of groundings and collisions, etc. How to improve the situation or to reduce the risk of incidents due to human error? Most probably we have to come to the basics starting from the education of seamen. How many of nowadays officers and seamen are able to splice a wire rope or fiber rope. The ropes come on board spliced. And how many seamen graduating their basic qualification or officers graduating merchant academies at the time of graduation and completion of their apprenticeship are able to do it? Without making representative research on that I would answer “no more than ten percent of the entire number”, maybe less. The students in the merchant academies prepare their lessons using internet and the web. It is more than normal to use those possibilities. The academies are saving money reducing real practice and students are not obliged to go to the severe conditions in practice. They stay in front of computers, watch the screens and learn everything. And very often they forget it immediately. In my green years there was no GPS system on board commercial ships and satellite systems when available on board large ships gave ships’ positions once during four hours watch. When sailing close to the shore we had nothing to do but to take bearings using radar or the compass repeater and to plot the ship’s position on paper chart. It was routine and in case of emergency all of us were able to do it immediately without any doubt. It is not the case today. Even if some of the old fashioned professors insist on the above mentioned knowledge, there is no time during the educational process and there is no time when the youngsters go on board the ships, busy with daily routines and busy schedules of ships. More to that, examinations more and more are simple tests done on computers and there is no practical examine done by qualified professional ashore. The reliance on shipmasters on board ships is really very sketchy as the masters are 25 hours out of 24 busy. A comprehensive research on masters’ time use made from Danish nongovernmental organizations showed 75 percent of his time the shipmaster is occupied by administrative burdens and pure navigation is less than 20 percent. Unfortunately it’s more or less the same with the time of officers. More and more the young professionals accept navigation as computer game but unfortunately they do not realize that they have no more than one life on board the ship. Nowadays most of the shipmasters are already from the above mentioned generation and traditional skills disappear little by little.

Further worsening of the situation comes from the fact that most of the companies are owned and managed in the industrialized countries and crew is provided usually from the third parties/ countries and the managers make everything good on paper but they do not care too much till accident happens. Most of the nowadays managers are without maritime background or they have one or few voyages as junior officers. Without experiencing the responsibility one can hardly understand the need of traditional practical knowledge and skills in case of emergency.

What have to be done to change that not so good trend? First of all, when discussing safety of life and pollution matters, we have not to look at the financial aspect solely and primary. In the period of prolonged crisis in shipping industry finances are important but in long term solving today’s problems cutting the educational, training and safety expenses is really killing the good practice and will create huge problems in the future and future generations will not be able to understand where problems come from. Deepening of the gap between management and labour supplying countries is worsening the situation. Decision making and management people are going more away from real problems of crew members on board ships. Thus safety culture and need of safeguarding traditional skills is becoming more important for the future of the industry. One could say that autonomous ship conception will solve these problems. Automation is really important tool to improve safety and new technologies should be used. But the traditional skills still do not have alternative and something more, the developers of the autonomous ships will need the knowledge on traditional skills to create necessary tool to navigate the ships. And the managers need to have knowledge on traditional skills to manage the entire process properly. 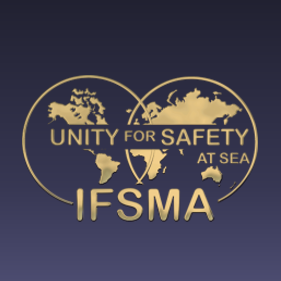